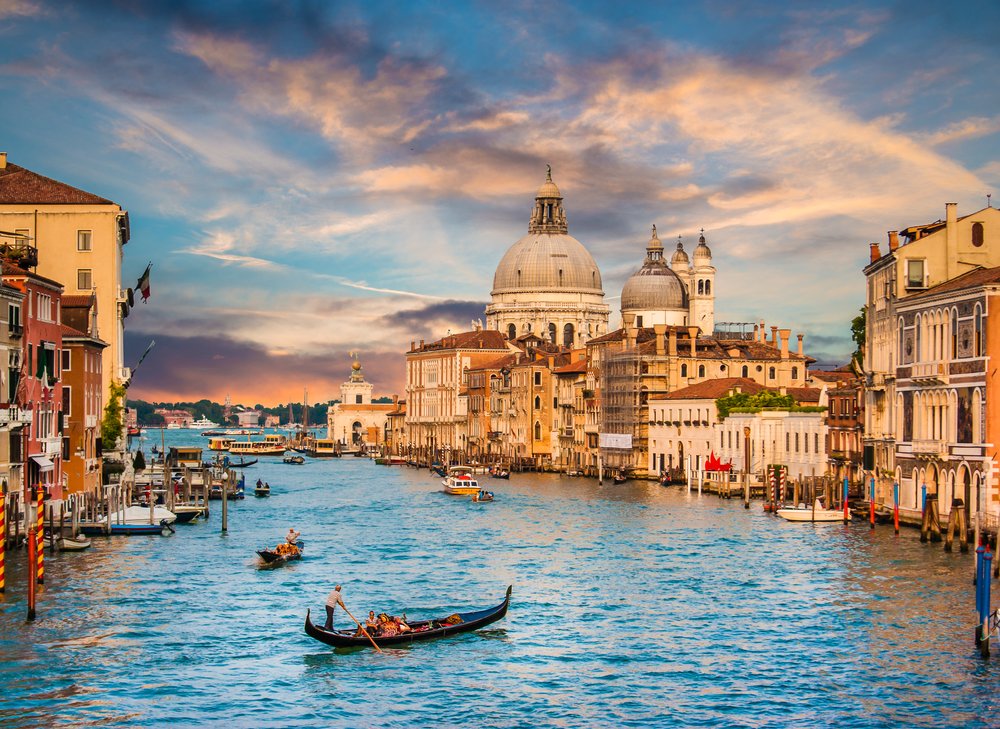 With outstanding natural landscapes, a world-famous artistic heritage and a culinary soul that’s quite simply off the charts, it’s no surprise that Italy is one of our most sought-after holiday destinations. Once the epicentre of the Roman Empire and the birthplace of the Renaissance, Italy is a country that bursts with a wealth of historic legacies. Head into any of its well-loved cities and you'll discover large, medieval piazzas, frescoed churches, world-renowned art museums and extraordinarily haunting ancient ruins.

Showing 4 of 4 Experiences Sort by 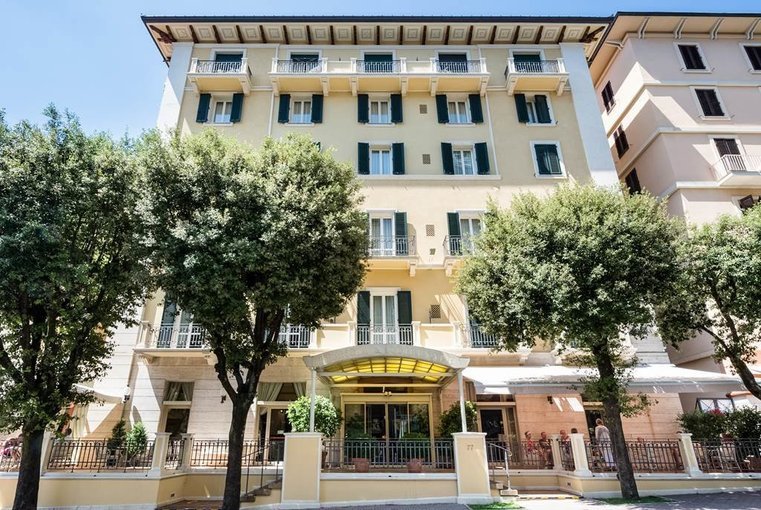 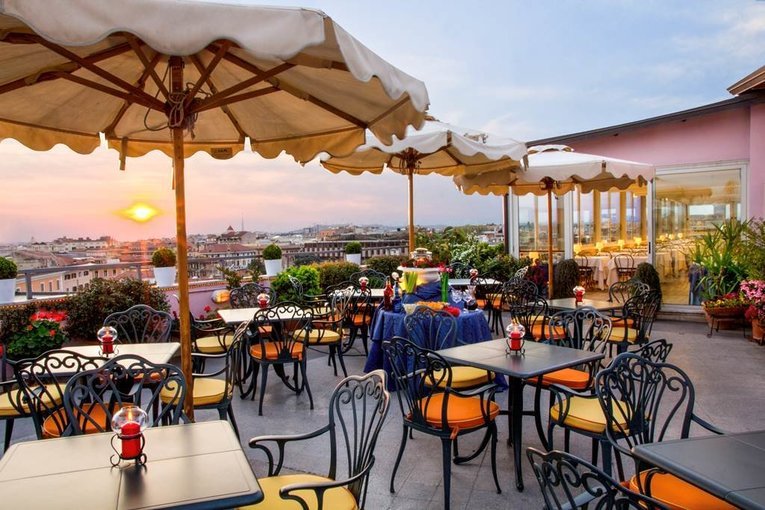 Italy is a real bucket list destination; a treasure trove of artistic masterpieces, jaw-dropping natural beauty and exciting gastronomy. It’s one of the most intriguing and charming countries in the world and whatever the season the history, food, the landscapes and the treasured Italian culture will wow you.

In southern Europe, in the heart of the Mediterranean Sea, Italy is made up of the Italian Peninsula and the islands of Sicily and Sardinia. It’s a country of regions, as diverse as they are similar, where you can venture from the ancient ruins of obliterated Pompeii to the sculpted rolling hills of Tuscany in just a few hours.

From the dramatic Colosseum to the peaceful Palatine, Rome is a city like no other. Wander from one ancient ruin to another, discovering the city’s medieval piazzas, monumental basilicas and towering masterpieces of Reniassance architecture. Glide by gondola down the Grand Canal in Venice – a city of epic grandeur, and a perfect mosaic of islands linked by an intricate network of canals. Visit Florence – a feast for the eyes and the driving force of the Renaissance, which created an irresistibly beautiful city of cultural and artistic treasures. And compare this with stylish Milan, the immaculate and fast-paced metropolis of the north, and a designer city of the future.

Relax on the dreamy shores of romantic Lake Garda, which sits in the foothills of the Dolomites and has charming restaurants and gorgeous trails for walking and mountain-biking. Mingle with the elite in elegant Bellagio, one of the most exclusive resort towns on the edge of Lake Como, or visit enchanting Stresa in Lake Maggiore, beautifully framed by the majestic Mottarone.

Visit the Neapolitan Riviera and enjoy breathtaking views along the winding Amalfi Coast. Seductive and beautiful, discover the string of small resorts along the Riviera – explore sun-kissed Positano, wander the romantic gardens of Villa Cimbrone in Ravello, or head to the region’s clifftop gateway of gorgeous Sorrento. Explore the Old Town and charming castles of Sardinia's historic capital city Cagliari, and watch a sea of pink flamingos feed in the surrounding marshes. Or head to the beautiful island of Sicily with its rolling valleys, vineyards and majestic Greek architecture.

The city of Matera in remote Basilicata is beautifully carved out of the white rocky cliffs. Wander around the underground labyrinth of streets and churches, and discover the region’s incredible caves. Explore the picturesque town of Alberobello in Puglia, which is famous for the distinctive conical roofs of the white-washed Trulli houses that pepper the pretty landscape.

Where do you start with food and drink in Italy? As one of the most diverse and ingenious gastronomic destinations in the world, eating in Italy is serious business. Italian cuisine is a regional affair so there’s plenty of variety. If a Mediterranean-style diet tickles your tastebuds, we recommend heading down south to Campania. There’s lots of olive oil, vegetables, fresh fish and fruit used in this region, and with the humble pizza originating in Neapolitan cuisine, Naples produces some of the best pizzas in the world. In central Italy, particularly around Tuscany and Umbria, food is simplistic, and often more rustic. You’ll find lots of meat, beans and pasta on the menus, as well as delicious regional wines like Chianti, Brunello di Montalcino and Carmignano. Up north, the diet becomes much more rich and substantial – pasta is replaced with creamy risottos and polenta, and you’ll find lots of truffle and pesto used on the menus. With tiramisu and panna cottas a favourite on the pudding menus, you may think you’re sorted for dessert, but you can’t experience a trip to Italy without trying a scoop of authentic Italian gelato – head to one of the many artisanal gelaterias after dinner to try this tantalisingly creamy ice-cream with exciting flavour variations and combinations.

With so many Italian cities hitting your bucket list, hiring a car is one of the best ways to discover all that Italy has to offer. It gives you the freedom to explore historical sites and beautiful landscapes at your own pace, and, what’s more, you’ll have more of a chance to escape the crowds and venture off the beaten track. Follow winding roads through rolling hills peppered with tiny villages and castle ruins; explore the rugged coastline and find secluded beaches and coves; or choose your own wine route and stop off at vineyards for tastings and exquisite local cuisine.

Driving around Italy opens up a world of fascinating sights and scenery, from the winding clifftop roads of the Amalfi Coast to Tuscany’s glorious countryside and medieval towns, and the majestic peaks that border the romantic shores of Italy’s lakes. It's also a great way to really get an authentic taste of your chosen destination – enjoy traditional meals in family-run trattorias, sip espressos with the locals in sleepy hamlets, and stop off at a farm shop to buy freshly-baked bread, delicious cheeses and organic olive oil.

• The days are brighter and sunnier from March to October
• If you're exploring the countryside or cities then it's more relaxing and less crowded during the quieter periods of the year (November to February)
• From November to June many outdoor swimming pools are closed and from November to May a number of beaches are not accessible. We advise checking with your Personal Travel Expert before travel to avoid disappointment.

Classic carnival: February sees carnival fever erupt across the country, with all the colour and celebration you might expect from the Italians. If you really want to immerse yourself in the experience, head to Sardinia’s Festival of the Madonna Del Rimedio, which can sometimes last up to 18 days, taking place in the town of Orosei from the first Friday in September.

For wine buffs: Each area of Italy has its own wine speciality, from the crisp and refreshing white Lacrime di Cristo, found in the Sorrento Area, to the rich red Nero D’Avola, which is widely enjoyed in Sicily. Whatever your taste in wines, there are so many to sample during your stay.

Lights, camera, action: The legendary Venice International Film Festival occurs between August and September. Unlike many film festivals, there are tickets for film screenings open to the public, plus the chance to put on your best clothes and do some serious celebrity spotting by the red carpet. The summer film festival in Taormina, with many exclusive premieres, takes place in the open-air amphitheatre in June, every year.